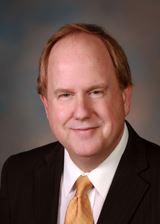 Mr. Britain is a graduate of Kamiakin High School and Columbia Basin college and has earned his Advance Certificate of Municipal Leadership (CML) from the Association of Washington Cities(AWC). The CML program is designed to enhance the ability of elected municipal officials by providing knowledge and skills to effectively operate within the law, plan for the future, secure and manage funds and foster community and staff relationships. Mr. Britain completed over 60 hours of training credits to earn this distinction.